As we approach this festive holiday period known as Christmas, it is of paramount importance that we ourselves, and our children, know the Islamic teachings regarding Ḥaḍrat Maryam, عَلَيْها ٱلسَّلَامُ, and Ḥaḍrat ‘Īsā, عَلَيْهِ ٱلسَّلَامُ.

Let’s start today with Ḥaḍrat Maryam, عَلَيْها ٱلسَّلَامُ. Her father was called ‘Imrān and her mother was called Ḥannah. Her mother Ḥannah promised the child to be born, to Almighty Allāh. Ḥannah thought she would give birth to a baby boy. However, she gave birth to a girl, who was named Maryam. As Maryam grew up, Ḥannah fulfilled her promise, and dedicated her beloved daughter to the service of Almighty Allāh.

We will continue with part 2 tomorrow (Thursday) اِنْ شَاءَ الَّلهُ. A humble request to all readers to spend quality time with their children this evening and go through the above in detail. If need be, prepare a quiz at the end testing your children, so that they memorize the above.

Almighty Allāh grant us all the ability to understand the correct teachings of our beautiful religion, Āmeen. 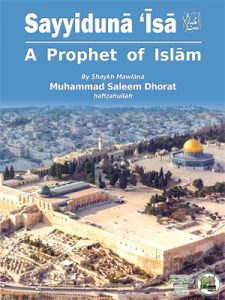 The Last 2 Verses of Sūrah al-Baqarah